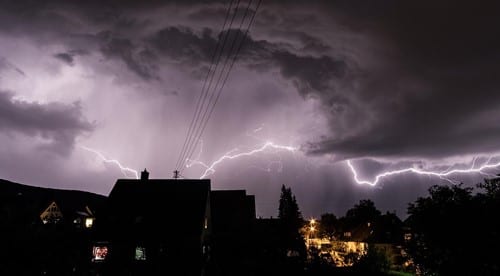 When everyday people take out a homeowners’ insurance policy, there is an expectation that you enjoy secure coverage in the event of a loss. That sigh of relief many people experience when signing off on a policy may be an illusion, to some extent. That’s because not every severe weather event is covered in standard policies.

If you are not mindful of what losses are covered, as well as those that are not, you could find yourself paying to repair catastrophic damage out-of-pocket. In order to avoid a personal financial tragedy on top of a damaged home, consider the following facts about severe weather damage, and promptly check your policy.

Standard homeowners policies generally cover damage caused by high winds. This may include tornadoes and hurricanes in many areas of the country. Policies often include structural damage, such as roofs and siding, among others. And, most will pay for losses such as personal items, fencing and even automobiles if you bundle your insurance. The caveat is that areas prone to hurricanes and tornadoes, such as the Gulf Coast and Southwest, frequently charge a premium to include a severe wind rider.

2: Damage From Hail Can Be Tricky

Although the majority of policies routinely cover hail damage, it’s not unusual to have an additional deductible on such claims. That’s because hail damage to roofs, automobiles and others rank among the most prevalent claims. Insurance companies are acutely aware of profits and losses.

3: Lightning Strikes Tend To Be Standard

Although the odds of you personally being struck by lightning are approximately 1 in 280,000, the chances of your home being hit are far greater. Upwards of 25 million lightning strokes touch ground in the U.S. each year, from about 100,000 thunderstorms. According to some math whizzes, the calculable odds come in at 1 in 200 homes annually. In reality, a reported 77,898 claims were filed in 2018, averaging $11,668 in losses. The good news is that insurance overwhelming covers lightning hits and any fire damage that ensues.

If you live in a flood plain or nearby one, adding a flood insurance rider can be a significant additional expense. Even policies for homes outside a flood-prone area generally do not cover such damage without a rider. But what’s unique about flood insurance is that it may be lumped in with damage caused by water pipes that burst in your home. In terms of the way people generally think about “floods,” that is not a common understanding. It’s also important to note that insurance adjusters may reject such claims if they find evidence that proper upkeep measures were not taken.

5: Sewer Backups Caused By Heavy Rain May Not Be Fully Covered

Although plenty of policies cover the damage caused by the sewer backing up, they often do not cover replacing sewer lines and other items associated with the system. Replacing a sewer can routinely cost upwards of $20,000. It may be in your best interest to review that area of your policy and increase coverage.

Obviously, severe weather coverage can be complicated, and it’s difficult for the average homeowner to wade through the technical language used in today’s policies. Yes, they are widely written by attorneys and rife with legal jargon. But it’s crucial to your home, family and financial future to have the secure severe weather coverage you deserve. It may be time to dive into that policy and ask questions about what’s in it and what’s not. After that, you may genuinely be able to enjoy that sigh of relief.